Earlier this month, we explored the recent collaboration between Biti’s and Marvel, in which the Vietnamese footwear brand and the American media franchise jointly launched a limited collection, special edition Avengers inspired sneaker range. In terms of sales, the campaign was nothing short of a success with fans queuing for hours to get their hands on a pair, and online vendors quickly selling out.

The Role of Peer-to-Peer Reviews

In this post, we’ll be taking a closer look at the online conversations around the Avengers sneakers to understand consumers’ thoughts and feelings about the brand and product beyond the initial excitement.

A breakdown of online platform usage allows us to quickly determine the type of conversations that emerged following the launch. As the most popular channel, forums tended to host conversations that involved potential customers asking those that had bought the shoes for their opinion. Mentions of the brand on Facebook accounted for only a third of total conversations, most of which were directed at the online vendors rather than the product page.

Unfortunately for Biti’s, a majority of the forum discussions were unfavourable with nearly 70% of commenters not buying into the hype. These consumers often referred to their past negative experiences of Biti’s trainers, typically addressing the poor quality. Although many appreciated the Avengers design, the steep price tag – on par with the more reputable Nike and Adidas (as pointed out by several commenters) – combined with these reviews meant that many potential buyers opted out.

Drivers of Negativity and Example Mentions

“They don’t look nice! For that price, I’d rather buy Nike or Adidas.” [link]

“Nice shoes, but for that price? I support Vietnamese products, but honestly, Biti’s shoes smell bad and aren’t ventilated…for this price I’d rather buy Adidas or Nike, since I’m not a crazy Marvel fan.” [link]

“I tried two pairs, my feet stank after wearing them for a day…maybe I’ll rethink if they release a Spider-man version.” [link]

So, how did Biti’s promote their limited-edition sneakers to Avengers fans? By buddying up with TIKI.VN, an online retailer, and CGV, the biggest cinema chain in Vietnam, the company drove product awareness through a series of core messages.

1.Only sold in limited in numbers and at selected time slots, fans were told to act fast or risk missing out.

The first 400 heroes sold out in a record 2 MINUTES on Tiki and this left many fans sleepless.

We feel for you and are getting ready to bring you more Biti’s Hunter X Marvel,

with coupon gifts for successful delivery.”

2. An emphasis was placed on the sneakers being modelled on Thor, Ironman & Captain America,

and that they mirrored the powers of the superheroes.

3. Social media users were encouraged to share and engage with Biti’s Avengers posts to win a pair of the sneakers.

4. Celebrity endorsements in photo form were used to inspire customers to share their own outfit snaps featuring the shoes.

There’s no denying that Biti’s communication helped build excitement and drive sales of the sneakers, but the brand would likely have enjoyed an even more successful result if they had acted on the concerns about quality widely expressed by shoppers. By not responding to these discussions, Biti’s not only missed out on the chance to foster brand advocacy with potential customers, but also lost out to more established competitors. To curate positive customer engagement, and grow as a brand over the long term, Biti’s should consider highlighting innovations in quality and design in future communications to match the initial excitement with long-term user advocacy. 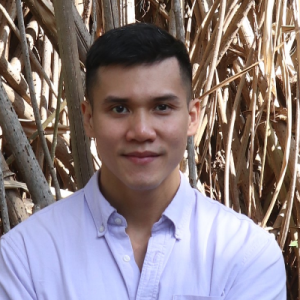