If we thought the previous World Cup week was exciting, the last seven days have seen a whole new set of highs and lows for the best footballing nations in the world. There’s no point beating around the bush – Germany’s exit at the combined hands of Sweden and South Korea, especially the latter, has served a healthy dose of schadenfreude. The dramatic turn of events caused some waves in the office as we have team members from each of these nations. While Argentina dragged themselves back from the brink of the abyss, Brazil unsurprisingly sailed through to the last 16. With Colombia also safe, it has been a good tournament so far for the South American nations, but the Africans countries have fared less well. The only nation still standing from Asia is Japan, where it seems the good manners of their supporters in the stadium rubbed off on the team as they progressed thanks to their fair play. Here’s a look at what’s been trending around #WorldCup2018 in Convosphere’s local markets.

This tweet captures that love-hate relationship we all experience when our team underperforms for most of the match.

Not only cute to look at, this manga illustration showed the standings of the group table and proved popular around the world.

“Standings after the second round of group matches #WorldCup”

With a glass half full-attitude, this supporter swam against the tide of endless posts about Germany’s football shame by encouraging fellow country people to look on the bright side of things.

“Let’s look at it positively. We are still world champion for another 18 days.”

This tweeter used a Swedish proverb (‘he who laughs last, laughs loudest’) to sum up his nation’s response to Germany’s elimination and Sweden’s emphatic win over Mexico. Many thought that Germany had sunk Sweden and secured a spot in the knockout rounds with their last-minute goal and that a victory over South Korea in their final game would be a mere formality.

The outsider in denial – India

This tweeter appeared to be pleased to have found a valid excuse why India has never qualified to play in the World Cup. They’re not jealous, honest… ?

It’s in our culture to not touch anything with our feet!!!!

The new BFFs 4-ever – Mexico & Brazil

Mexicans were eternally grateful for South Korea’s helping hands as their win over Germany secured Mexico’s place in the last 16.

MY BOY IVAN IS A WHOLE ASS MOOD BRO SHOUT OUT MY KOREANS pic.twitter.com/4v9OFCBVSd

Meanwhile, outside the Twitterverse…

Germany found surprise support in their hour of misery from Chinese football fans. This post, celebrating Germany’s football legacy, was among the top trending on Sina Weibo.

What is happening to the reigning champions? Well the football is round, and anything is possible”

Vietnam may be absent in the tournament, but if there was a world cup for the number of memes produced, they’d certainly be in with a shout. Here are our favourite Vietnamese memes this week, inspired by K-Pop and Infinity War, to comment on the South Korea-Germany game. 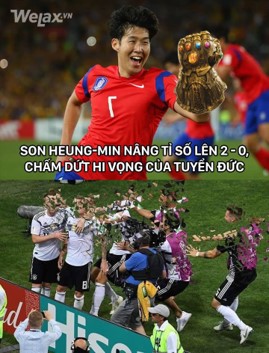 “Son Heung-Min brought the final score to 2-0, ending the hopes of Germany team.” 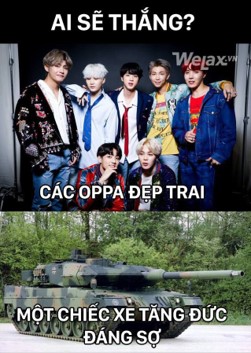 “Who will win? Handsome oppa vs a scary German tank?”

See you again for next week’s World Cup round-up!