With Psy’s Gangnam Style among the most watched music videos on YouTube, it’s highly unlikely you’ve never heard of K-pop (Korean pop). But there’s more to South Korea’s entertainment industry than music. Popular for years in Asia, K-drama (Korean drama) has now won fans around the world, from the Middle East to Latin America. According to KOCCA (Korea Creative Content Agency, the governor of cultural content in South Korea), the genre has an audience of 18 million in the US alone.

Thanks to the widespread interest in K-drama, a number of video-on-demand sites, such as Viki and DramaFever, has made it possible to watch it from overseas. As a loyal K-drama fan and native Korean, I’m overjoyed by this fact. Not only am I able to follow my favourite Korean dramas from my new hometown of London, I’m also able to introduce them to my new social circle. The other night, I was watching Guardian: The Lonely and Great God with a non-Korean-speaking friend of mine. In the middle of the episode, she turned to me and said: “I had no idea Koreans were such fans of Subway. Are sandwiches really that popular there?”. She was right to question it. The excessive product placement of American fast food brand Subway in this K-drama presents Korea as a country where nothing works if people don’t get their footlong on time. This is a far cry from the rice-loving nation most people consider Korea to be. Throughout Guardian: The Lonely and Great God, everyday life – from dates and breakups to work meetings and friend outings – takes place either in a Subway store or over Subway branded subs.

But viewers aren’t easily duped. A clear majority are aware that the production companies cash-in on lucrative product placement (PPL) deals. However, when ads are deemed intrusive and interrupt the viewing experience, it can be counterproductive for the brand. Type in ‘PPL’ or ‘Product Placement’ into your search engine and you’ll find numerous examples of painfully obvious and poor product placement over the years. Finding a successful case of product placement, where the on-screen appearance of a logo can be directly linked with a positive impact on the brand, is harder to spot.

Go beyond the numbers

Recently, I started watching K-drama Mr. Sunshine,  one of a handful of K-dramas available to watch in 190 countries on Netflix. I was curious to explore the PPL of Bullanseo Bakery, which features in the show. As the below graph shows, the volume of searches for Bullanseo Bakery dramatically increased at the end of the 12 month period leading up to August 2018. In fact, before Mr. Sunshine started to air (7th of July 2018), there were zero searches on the brand name. In here lies the twist to this unusual PPL activity.

The name Bullanseo Bakery is actually fictional. But there is a connection with an existing, real-life brand. Korean bakery and café franchise Paris Baguette came up with the pretend brand so it could feature in Mr. Sunshine. Now, why couldn’t Paris Baguette(파리바게트) appear with their real name? It’s all to do with authenticity. Because the drama is set in the early 20th Century, it would look odd to have the characters visiting a store called Paris Baguette. After all, baguettes had not yet been introduced to the Korean peninsula and Paris had little, if any, meaning to the average Korean at the time. Although France is written and pronounced in modern Korean in exactly the same way as in English, in the past, the country went under the name ‘Bullanseo (불란서, 佛蘭西)’. So, instead of causing an unrealistic premise by flaunting their real brand name in the background, Paris Baguette invented an old fashion version of itself to fit in with the time and context of the show. So, how is Paris Baguette benefiting from being represented by a made-up brand?

In Korea, the term Netizen Investigator was coined to describe Korean Internet users’ savviness when it comes to online research. The fake branding in the form of Bullanseo Bakery was served up as a detective game for viewers to engage in. As the above chart shows, right after the drama aired, but before Bullanseo Bakery first appeared, a fan forum post shared a screenshot of a behind-the-scenes clip from a video on the network’s YouTube channel. The post triggered a buzz and it wasn’t long before the news had spread beyond the web. Within a couple of days, national media were reporting on PPL cases in Mr. Sunshine. From the third episode, when Bullanseo Bakery came into view, Paris Baguette began promoting their new Bullanseo Bakery product line on social media. Thanks to Paris Baguette’s market leader status, the real name behind Bullanseo Bakery was soon exposed.

Not only had Paris Baguette become the focal point of the drama and PPL discussions, mentions were largely positive with viewers celebrating the creative initiative. Even as viewers realised that Bullanseo Bakery was simply a marketing ploy, they used positive words (‘hilarious’, ‘funny’, ‘smart’) as they discussed it. These reactions imply that the product placement was not considered intrusive, but intriguing.

“How creative PPL is in a historical drama. Lol. Bullanseo Bakery”

“Whenever I see Bullanseo Bakery, I can’t stop thinking about how Paris Baguette is good at advertising.”

“Paris Baguette PPL in Mr. Sunshine is quite hilarious.”

In addition to examining the volume and sentiment around the PPL campaign, analysing its effectiveness also involves looking at the effect of PPL on purchasing decisions. From qualitative analysis, we can identify four main drivers behind buying decisions relating to products featured in the drama. 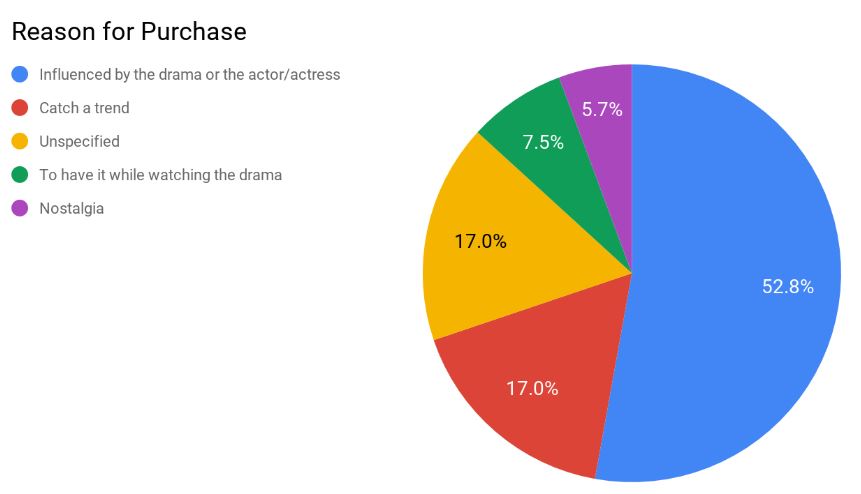 Over half (52.8%) of those who bought a product featured in the Mr. Sunshine mentioned the drama or the protagonists that had an influence on their purchase.  This segment showed a tendency to use the name Bullanseo Bakery rather than Paris Baguette. Despite Bullanseo Bakery only existing in the drama, 64% of mentions included references to having visited or bought products from the bakery. Another purchase driver was curiosity, with a desire to try something new expressed in 17% of the conversations. Wordings such as “I have it too” or “I want to have it too” commonly featured alongside product images. Such phraseology indicates how consumers were influenced by electronic word-of-mouth (eWOM). The traditional packaging, which invoked nostalgia among many viewers, was another important factor in the success of this carefully planned marketing exercise.

“The sweets that Dong Mae had in the drama are sold by the real Bullanseo Bakery… with a devilish price 3,200 KRW. But Dong Mae had those sweets again today… I can’t help it, I need to buy it…”

“It is from Mr. Sunshine. When my kids saw it, they immediately said “oh, oh, Mr. Sunshine!!! Let’s buy it, let’s buy it”… I inspired them to watch the drama, but now they are much more looking forward to watching it than me.”

“The sweets that Taeri Kim and Yeonsuk Yoo had from Bullanseo Bakery in Mr. Sunshine. I laughed a lot when I found out Bullanseo Bakery is a PPL by Paris Baguette. I went to ‘Bullanseo Bakery’ after hearing I can actually buy those sweets featured in the drama. Exactly same sweets and packaging as the drama, except for the size of the sweets. I bought it for fun, but I am thinking to buy another! This kind of PPL is quite hilarious.”

“I couldn’t watch Mr. Sunshine as I’m still out ;( So instead I went to Bullanseo Bakery”

To conclude, Paris Baguette’s rebranding for Mr. Sunshine is a great example of how effective product placement can help attract new customers and reinforce a positive brand image.

Here’s what to bear in mind if you’re considering PPL as a marketing method for your brand.

Social listening is the ideal tool for quantitative and qualitative analysis. Contact us today to find out how Convosphere can help. 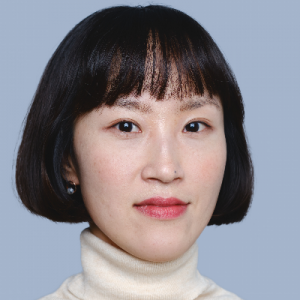 Based in London but originally from South Korea, Wonkyung has an educational background in Linguistics and Marketing Management along with over 5 years of experience in digital analytics and business consulting.

Based in London but originally from South Korea, Wonkyung has an educational background in Linguistics and Marketing Management along with over 5 years of experience in digital analytics and business consulting.