Estimated to be worth $500 million dollars, a number set to multiply ten-fold in the next five years, the global online influencer marketing industry is witnessing huge growth. Brands flock to influencers also known as Key Online Influencers (KOIs) to help sell their product or services to engaged audiences on Instagram, Snapchat and YouTube. But, as in any fast-growing sector, a black market has developed. In a bid to secure lucrative brand collaborations, VIP deals or simply to encourage legit users to hit the ‘follow’ button to boost organic growth, influence hungry social media users inflate their influence or online follower-base by buying fake followers from software companies who specialise in churning them out. While the popular social media platforms are becoming increasingly sophisticated at identifying and removing these fake profiles, follower fraud remains an issue for brands looking to find legitimate influencers to work with.

In China, the issue of fake KOIs is so widespread that it has its own name: the Water Army (水军), used to illustrate the power of these organised groups to “flood the internet with purposeful comments and articles”. Considering the enormous purchasing power of China’s 772 million internet users, it’s easy to understand why some brands resort to extreme measures to capture this massive audience on Sina Weibo, WeChat, Xiao Hongshu and Douyin through the help of digital influencers.

According to sources on WeChat, the monthly fee for guaranteed engagement and reads (similar to page views) from a fake Weibo account with half a million followers is around 2500 CNY (~300 GBP). Bearing in mind that China’s top online celebrities charge up to 1 million (~115K GBP) CNY a post, it’s no wonder some budget-conscious marketing agencies resort to the cheaper option.  Some are even rumoured to engage fake KOI’s while still charging their client for more costly engagement from legitimate KOIs and then pocketing the difference. Often, in these cases, the brands’ marketing departments are more concerned about being seen to achieve the right numbers when presenting to their management than ensuring a wide authentic reach.

But this focus on targets rather than legitimacy is absolutely a false economy and risks leaving a client red-faced, which will reflect badly on both the brand and the agency while souring the relationship between the two. At a recent auto show, a renowned car manufacturer partnered up with an ad agency who invited a selection of VIP influencers for a test drive. However, the plan backfired as some of the genuine KOIs attending the event failed to recognise and grew suspicious of the new faces. Upon checking their accounts, the established KOIs confirmed that these newcomers were indeed not real influencers, and it wasn’t long before the news of the fake KOIs in attendance had spread. Whether the car manufacturer was fully onboard with the agency’s underhanded plan is still unclear, but they soon found themselves in the crossfire as China’s PR industry fiercely discussed the incident.

In this case, the low number of engagements compared to the reads meant even an untrained eye could spot the discrepancy between the real and fake KOIs. But typically speaking, separating the fake influencers from the real ones can be challenging and requires experience from the individual undertaking the task.

Here at Convosphere, we verify the authenticity of KOIs before presenting the top influencers that best match the specified campaign/marketing activity to our client. After filtering out influencers using social listening tools, we use six criteria to profile and rank the influencers: Authority, Reverberation, Audience, Timing, Relevance and Engagement Opportunity.

Authority: the expertise and relevancy of the influencer in the specified topic area.

Reverberation: the impact the influencer has based on the size of their social network, taking into account their reach and engagement levels.

Audience: a qualitative assessment of the type of followers the influencer has, examining their typical interest areas to ensure relevancy.

Timing: a review of the frequency of how often the influencer posts on a subject matter.

Relevance: the interest and content the influencer shares or creates within a specific subject matter or topic area.

Engagement Opportunity: willingness or openness to engagement and potential value the influencer could bring to the client.

In making sure we identify the legitimate KOIs, our methodology will help sort the wheat from the chaff, maximising your ability to successfully deliver your message and amplify your brand’s presence.

What are your experiences of Influencer marketing? What are the key metrics you use to evaluate influencers and KOIs? 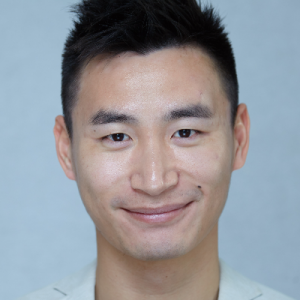